I am curating my credit card design as an exhibition space; this month the invited artist is Manuel Fernández 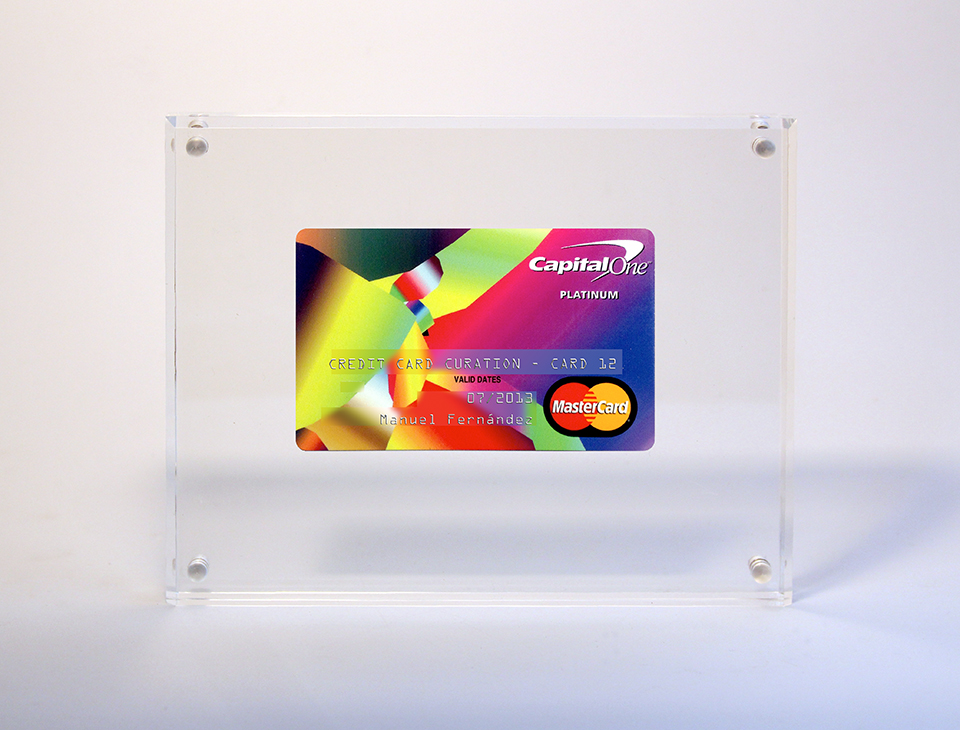 From Wikipedia, the free encyclopedia

Digital Economy refers to an economy that is based on digital technologies. The digital economy is also sometimes called the Internet Economy, the New Economy, or Web Economy. Increasingly, the “digital economy” is intertwined with the traditional economy making a clear delineation harder.

In the last decade of the 20th century. Nicholas Negroponte (1995) used a metaphor of shifting from processing atoms to processing bits. He discussed the disadvantages of the former (e.g., mass, materials, transport) and advantages of the latter (e.g., weightlessness, virtual, instant global movement). In this new economy, digital networking and communication infrastructures provide a global platform over which people and organizations devise strategies, interact, communicate, collaborate and search for information.

The measurement of the size of the digital economy is subject to many difficulties and much debate. Some people distinguish between a “direct” and an “indirect” digital economy, where the direct contribution is the economic activity related to pure online businesses and the indirect activity is related to digital activity of mixed businesses. Deloitte’s Access Economics for instance estimated the size of the direct digital economy in Australia to be $50b in 2012, or approximately 0.5% of the country’s GDP. In 2010, The Boston Consulting Group estimates the size of , what it terms the “internet economy”, at $2.3 Trillion for the G20 group of countries, approximately 4.1% of their GDP. According to research firm IDC, the size of total worldwide e-commerce, when global business-to-business and -consumer transactions are added together, will equate to $16 trillion in 2013. IDate, another research firm, estimates the global market for digital products and services at $4.4 trillion in 2013. A report by Oxford Economics adds those two together to estimate the total size of the digital economy at $20.4 trillion, equivalent to roughly 13.8% of global sales. As of 2012, the United Kingdom is estimated to have the largest internet economy in the G20 relative to the size of its GDP, at 8.3%.

Given its expected broad impact, traditional firms are actively assessing how to respond to the changes brought about by the digital economy. For corporations, timing of their response is of the essence. Banks are trying to innovate and use digital tools to improve their traditional business. Governments are investing in infrastructure. The Australian National Broadband Network, for instance, aims to provide a 1 GB/sec download speed fibre based broadband to 93% of the population over ten years.