Create and Repeat: An Animated GIF Tribute to Andy Warhol 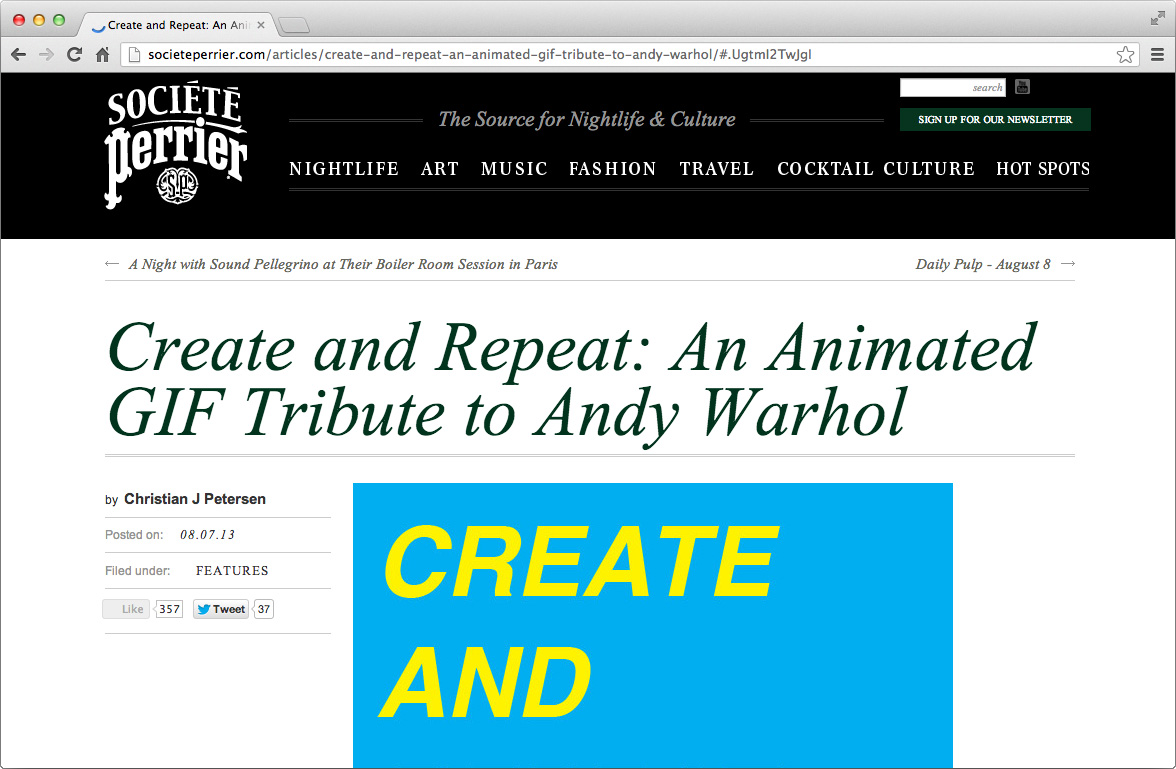 Just like Andy Warhol interpreted and celebrated the iconic Perrier bottle in his unique style, we thought it would be interesting to see how modern artists would interpret and celebrate Warhol and his work using a uniquely modern technique: the animated GIF.

Warhol was known to share his fascination with technology and was an early adopter of computers for creativity so I'm fairly sure he would have been an advocate of the animated GIF. His fondness for repetition could also serve as evidence for this hypothesis.

With that in mind we asked some of today's most talented GIF artists to pay tribute to Warhol on their chosen format. Here they present a personal representation of what Warhol, his art and his legacy means to them personally.