The Curator as Barman 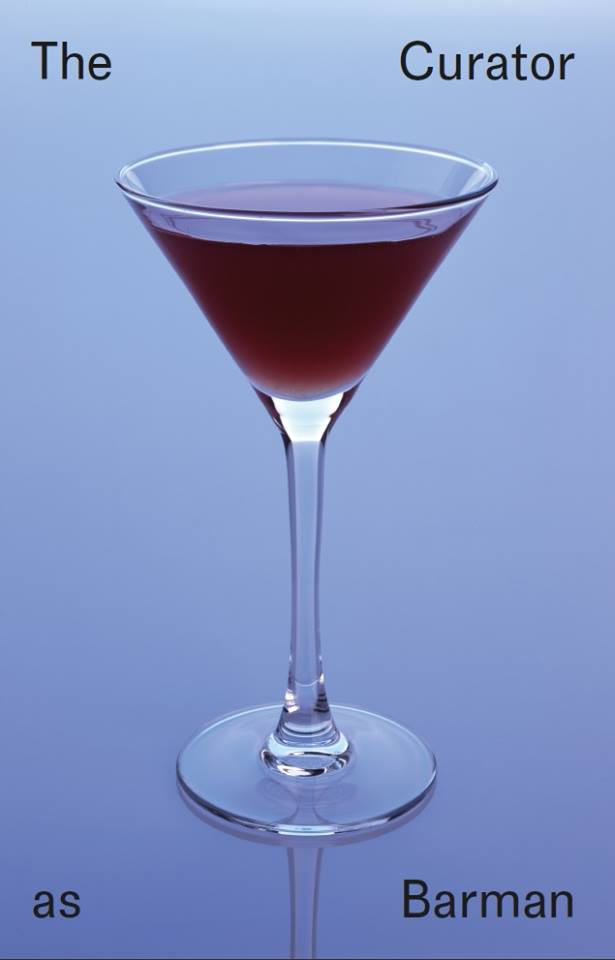 The curator as barman
(the book)

Curated by The School for Curatorial Studies Venice – edited and conceived by Automatic Books and illustrated by photographer Antje Peters – The curator as barman is a publication that collects 28 artists’ drink recipes, produced on the occasion of the Rob Pruitt’s Flea Market in Venice. Twenty eight artists, chosen by twenty eight young curators from the School for Curatorial Studies Venice, give us instructions to prepare mixtures, both alcoholic and non-alcoholic, that tell us something about them: from the simple glass of water of Rafael Rozendaal, to the Pokemon inspired drink of Michael Pybus.

In The curator as barman the recipes are not confined to be reproducible only by the book’s owner, they are born on the principle that the curator becomes the performer of the artist’s idea. Our intent is to investigate and deepen our knowledge in this kind of relationship that is in constant change.

What we wish to experience is simply to follow the artists’ instructions, step by step, and perform the recipe, entering his or her universe. For example, Jonas Lund gives us very detailed instructions on a relationship that takes form during the preparation of the cocktail, in which the curator is forced to follow them. Only the consumer will determine his or her success or failure. All of this and far more could happen on the occasion of the Rob Pruitt’s Flea Market in Venice.

Amongst the disarray of the Flea Market visitors will discover, in a corner of the room, our booth where we will perform the twenty eight cocktails of The curator as barman, welcoming the public that reaches Venice during the Art Biennial preview days. This new version of the Flea Market gives an alternative parallel experience to the traditional art circuit, during a period in which visitors will be able to taste a delicious artist’s drink until the last drop, savouring a creative process which makes its taste unique.